The medieval Whitefriars’ Gate was originally the outer gatehouse to Whitefriars Monastery, and more-recently known to many Coventry residents as the Toy Museum. Derelict for many years, Historic Coventry Trust is working to find a new life for this building as unique accommodation and retail/office space. 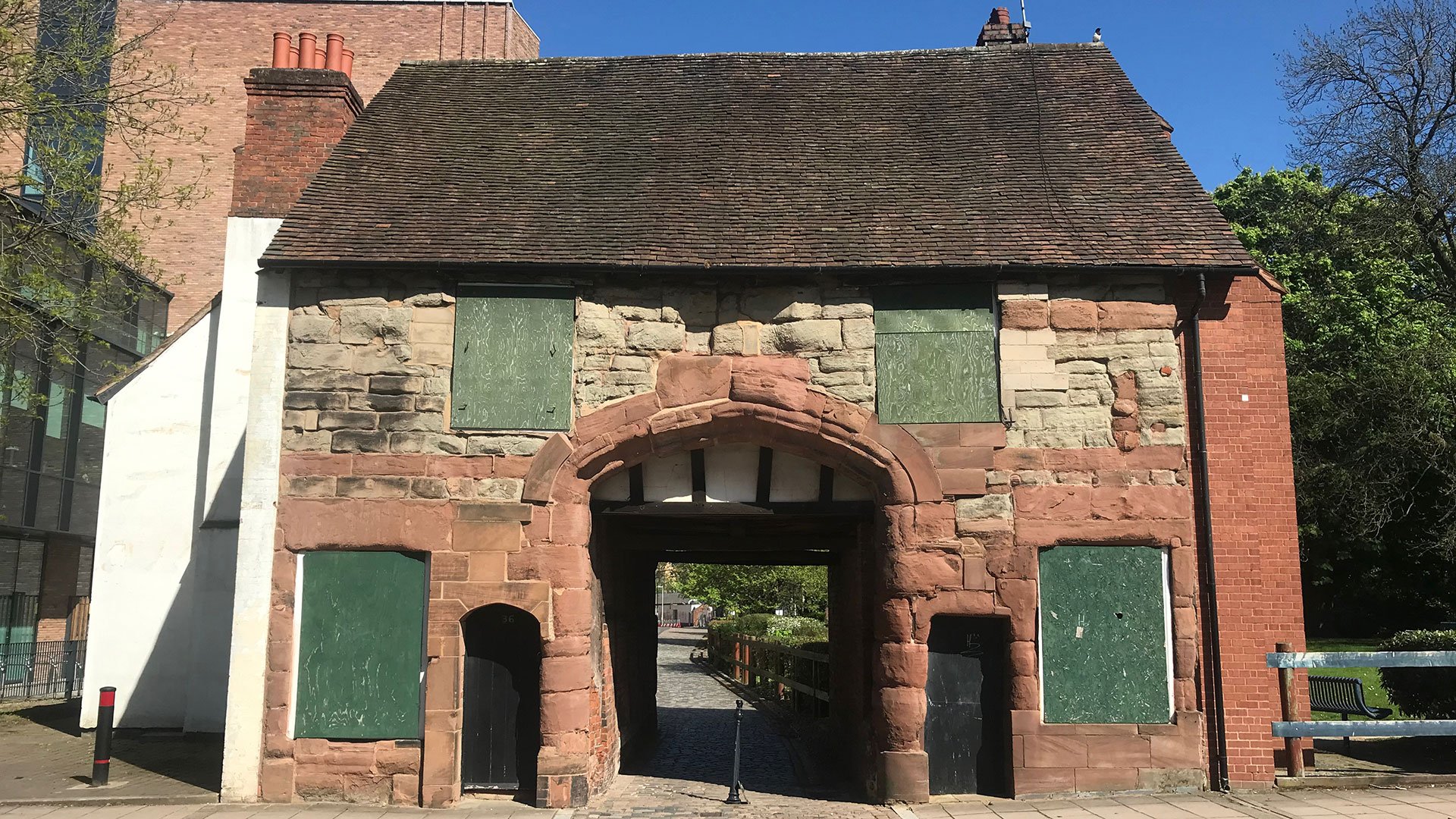 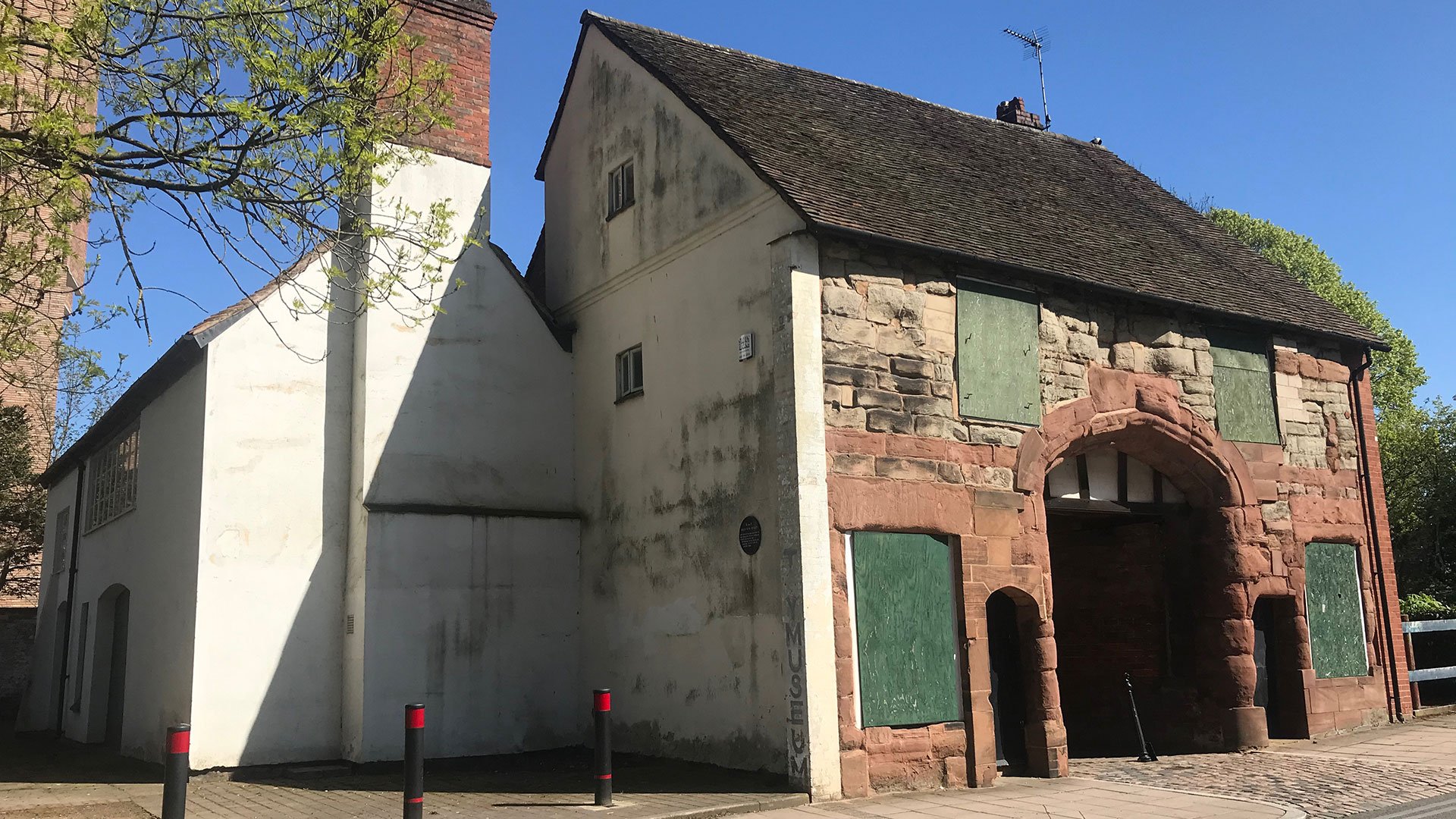 Whitefriars’ Gatehouse is a Grade II* listed building at 118 Much Park Street, Coventry.

The 14th century sandstone structure originally served as the postern (outer) gatehouse to the Carmelite Whitefriars Monastery, remnants of which still stand off London Road in Coventry. It was later adapted into residential dwellings and, in the 1970s, it was in use as a Toy Museum by the late Ron Morgan, who passed away in 2007. The building was subsequently subjected to an arson attack and restored by Coventry City Council. The Gatehouse now awaits a new lease of life.

Ron Morgan was a long-term Labour member of Coventry City Council during the 1960s and 1970s, at the same time as working as a potter based in one of the ground floor rooms at Whitefriars’ Gate. Ron campaigned passionately for the preservation of Coventry’s heritage and helped restore Whitefriars’ Gate in the 1970s. Ron was involved with the Coventry Society, the city’s civic society, which helped form the Charterhouse Coventry Preservation Trust, later to become the Historic Coventry Trust.

Historic Coventry Trust’s proposals for Whitefriars’ Gatehouse are to reintroduce holiday accommodation units into the sandstone structure and to provide other residential and office space through sensitively designed new units adjoining and to the rear of the Gatehouse. The Trust has been successful in raising funding from the Architectural Heritage Fund and Historic England and is looking for further funding to be able to find a new life for this important at-risk building.