Three 15th century timber-framed cottages located beside Holy Trinity Church in central Coventry are being restored by Historic Coventry Trust to find a new life as unique accommodation for visitors to the city. 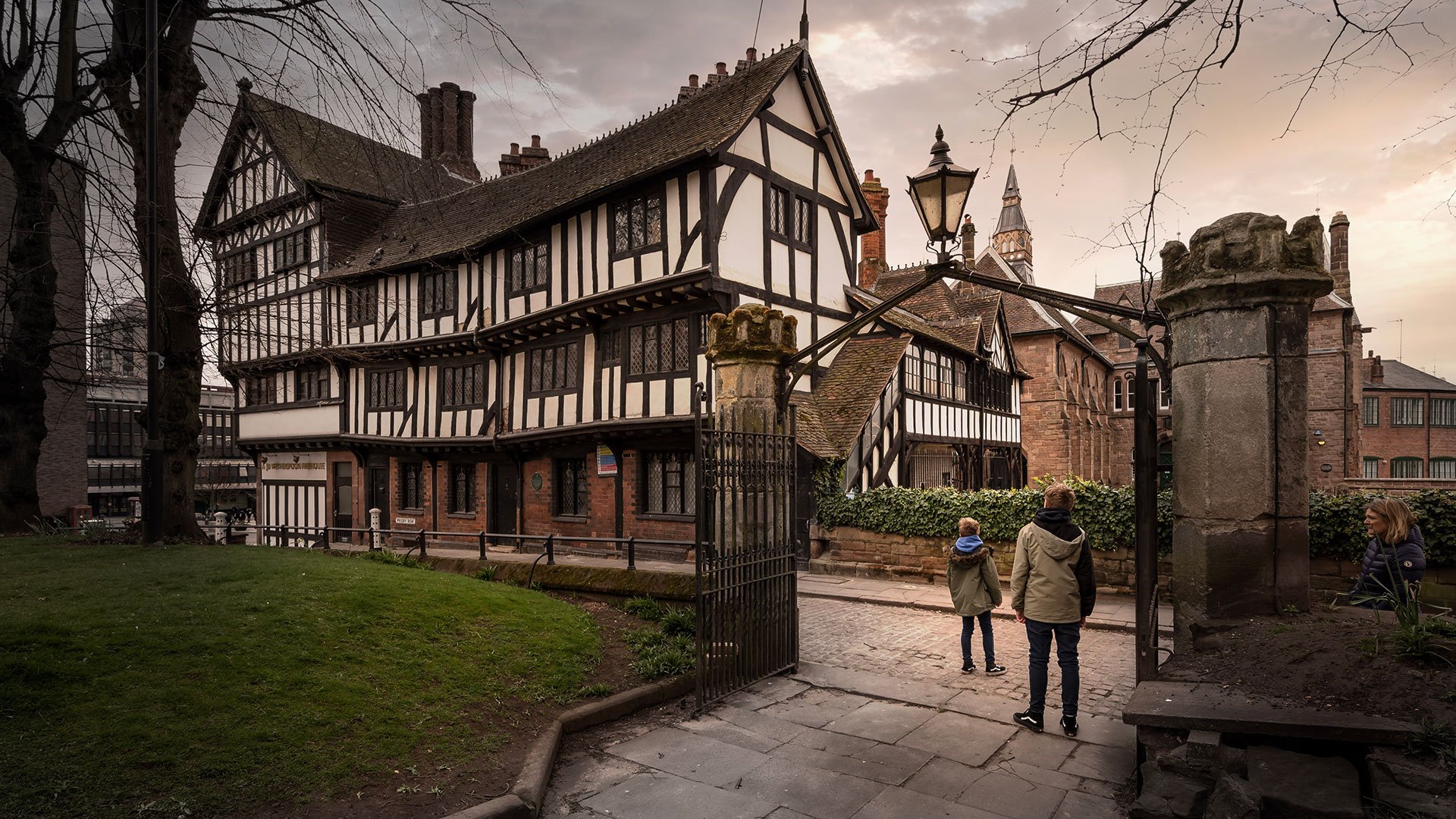 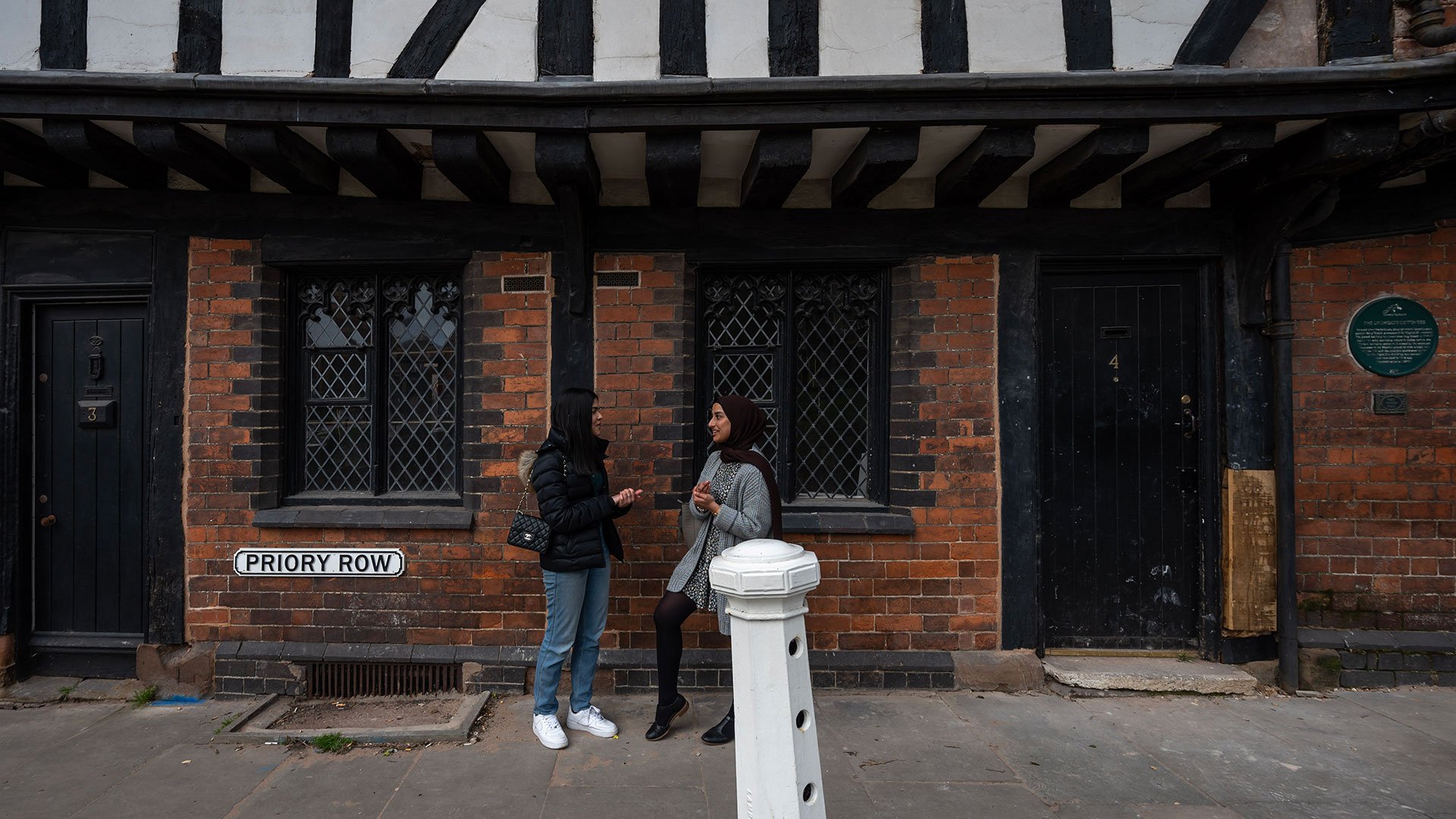 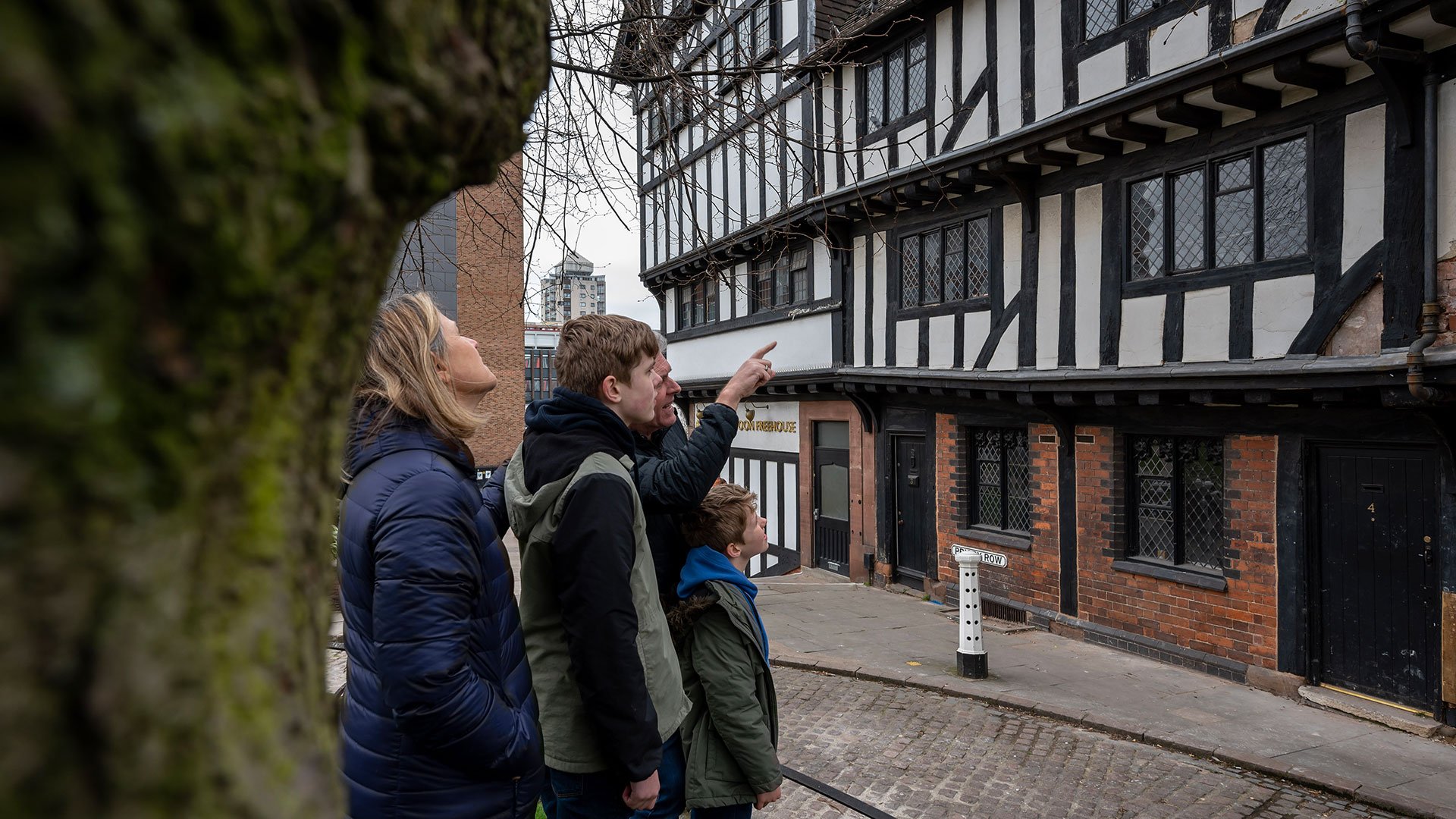 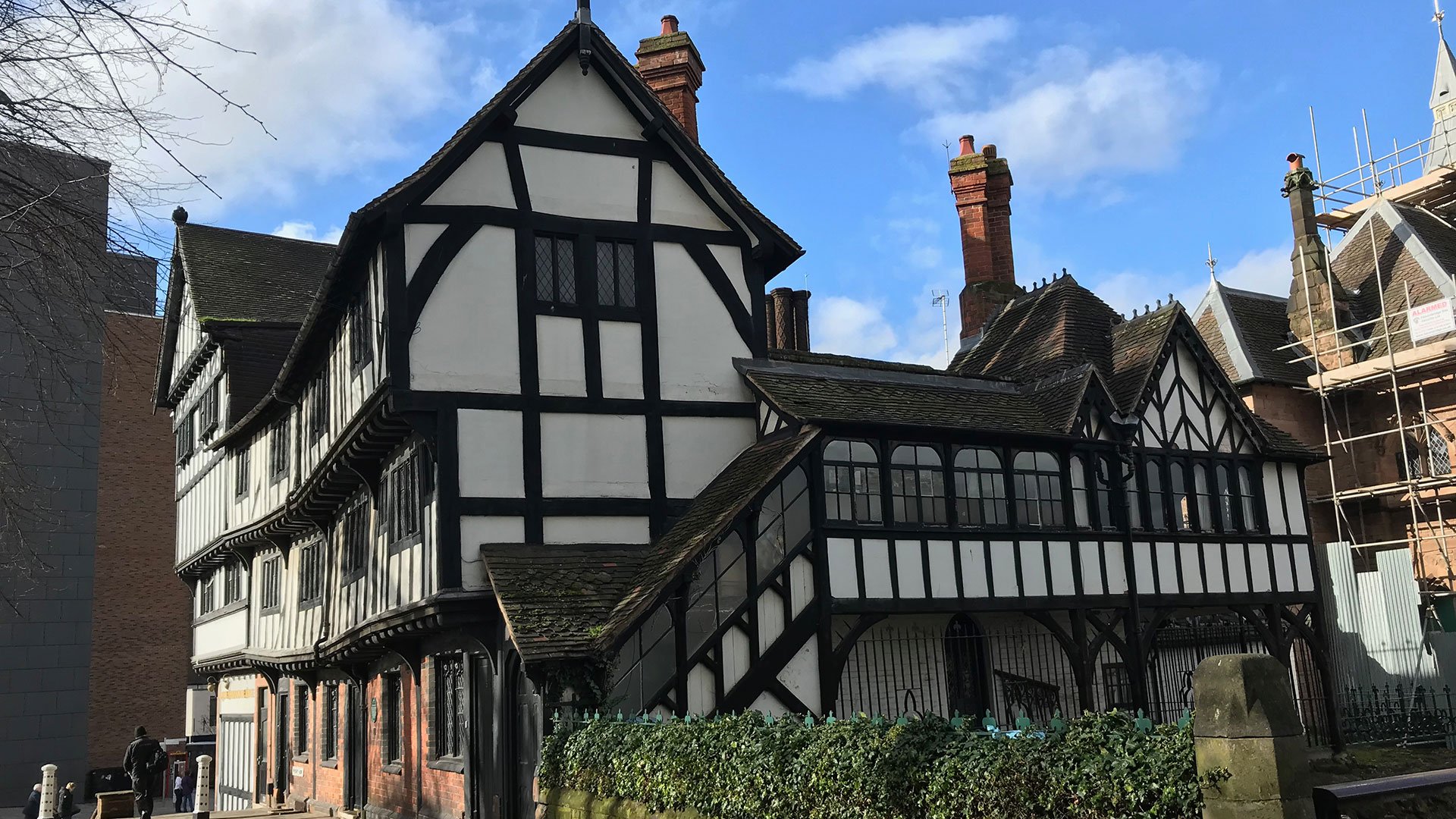 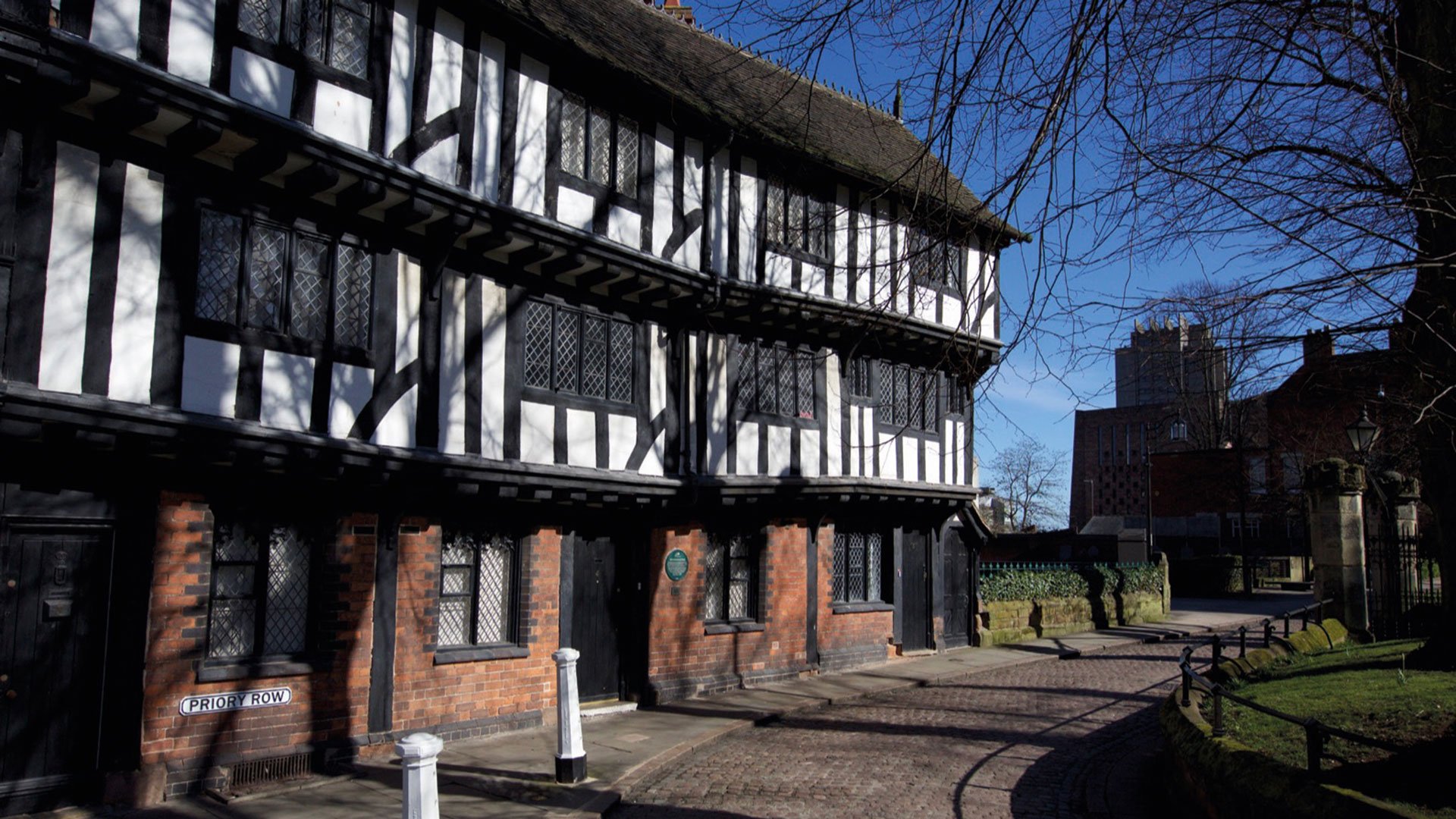 3-5 Priory Row (also known as Lychgate Cottages) is a row of three timber-framed properties dating to around 1415. It is a remarkable survival of a pre-Dissolution building at the heart of Coventry’s high street area.

The building’s location and date indicate that it originally formed part of the precinct of the 12th century St Mary’s Priory, and it is the only upstanding building which survives from the priory complex. It is a very good example of a timber-framed building of the early 15th century, with close-studded timbers and jettied floor, which are evocative of its status as a good quality medieval urban building. The principal timbers throughout show little evidence of re-use and demonstrate that the original structure survives well. The building has been recently upgraded to listed grade II*, for its architectural and historical interest.

Records from the 16th and 17th centuries mention these as cottages, but by the 19th century the cottages were in poor condition and were acquired by the adjacent Blue Coat School in 1855 when they were restored and extended. The internal fireplaces and chimneys date from this time, as does the external stair and rear room to the east end.

The building has been largely unused for many years but is a much-loved part of the city centre.

With funding from the Architectural Heritage Fund, Coventry City Council and Coventry & Warwickshire LEP, these buildings are being restored and renovated as four bespoke accommodation units, for unique city centre stays. The cottages will also be open for visitors on special open days throughout the year.