Until now Charterhouse Heritage Park has lain relatively unknown to all but the immediate community, who have continuously fought for its preservation against development pressures. Historic Coventry Trust is working to restore and preserve the landscape with the community. 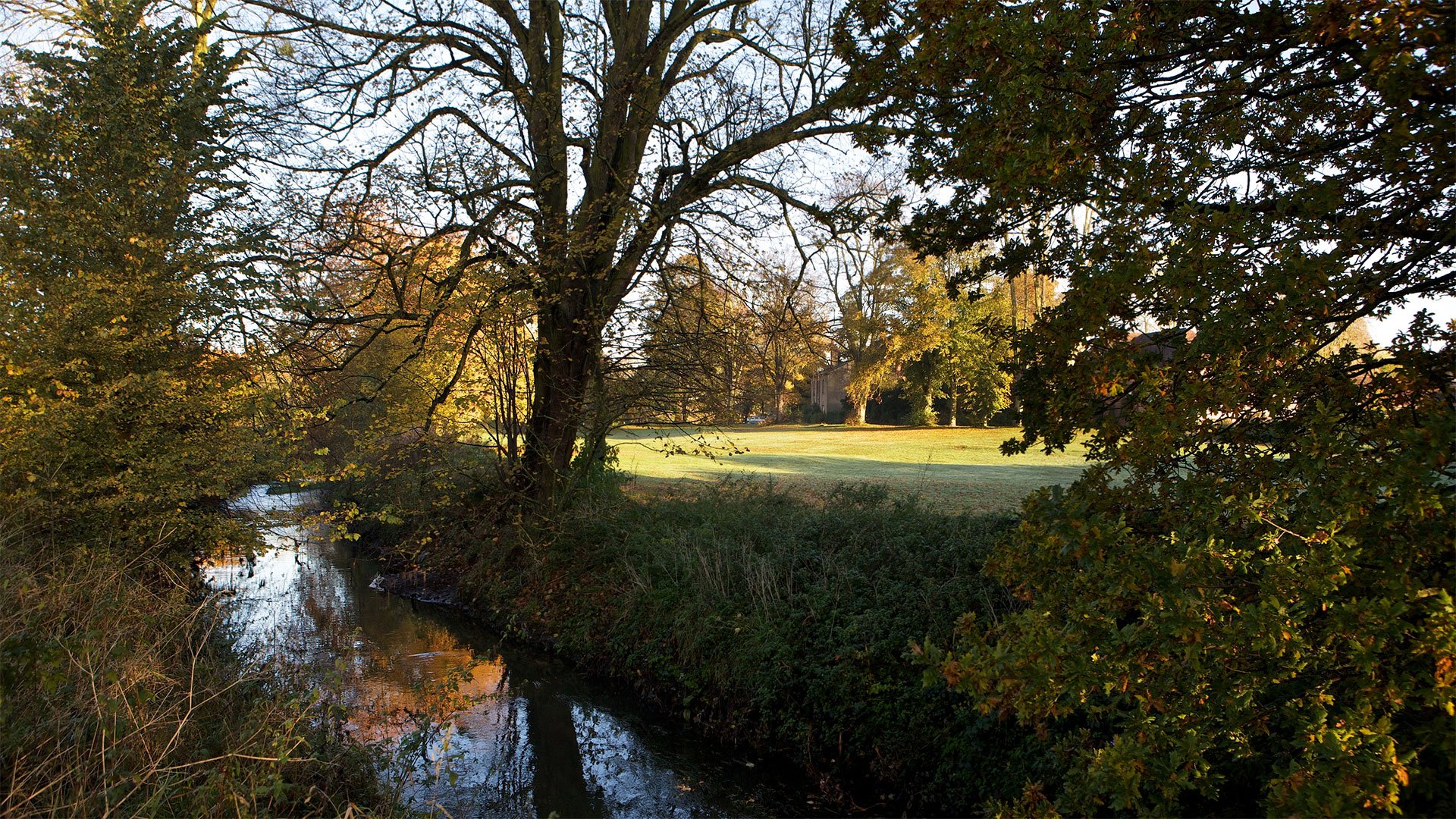 Historic Coventry Trust, with the community’s support, will preserve the landscape in perpetuity, restore it and actively manage it as ‘The Heritage Park’.

The semi-wild nature of much of the park will be preserved, whilst we increase visitor access and educational visits. The Heritage Park will be a place for people to explore, play and enjoy nature in their own way, but this will be carefully managed to avoid impacting on its wildlife.

The green spaces will retain their varied character and will be enhanced to increase wildlife diversity and to remove invasive species. To the north of the monastery a community orchard has already been planted using traditional varieties of fruit trees. Work is starting on recreating the monks’ fish pond inside the 600m monastic outer precinct wall which will also be restored.

Running through the Park is the River Sherbourne whose steep and overgrown banks will be reinstated to their natural state. To the south of Charterhouse, a new wetland area will be created incorporating a sluice gate built during WWII to raise the river levels for fighting fires. We are working in partnership with Warwickshire Wildlife Trust to preserve and restore this area.

The wetland will lead to the impressive Sherbourne Viaduct (grade II listed), where today’s London to Birmingham railway crosses the river. This tall structure of 7 arches was designed by Stephenson in 1837 as part of the world’s first major inter-city railway. The viaduct and pedestrian tunnel under the embankment are key heritage features of the Park.

Adjacent to the Viaduct is an area of woodland, which stretches for 1 km along a disused former railway goods line (the Loop Line) back to Gosford Green. The Loop Line, built in 1914, was acquired by the Trust in 2018 from private owners. Work will start in 2020 on creating a cycle and pedestrian path along the former track bed linking Charterhouse and Gosford Green. This creates a country walk linking two sites closely connected to King Richard II. Richard founded Coventry’s Charterhouse in 1385 and it remained his pet project until his early death. The ‘Duel That Never Was’ on Gosford Green in 1398 was the largest every medieval gathering with the court coming to see a duel between two of its highest nobles. Richard banished them both and as a result lost the Crown to Henry IV starting the Wars of the Roses. In 1399 Richard passed through Coventry one last time as a prisoner on his way to Pontefract Castle where he died. We wonder if he took one last look at his beloved Charterhouse?

The Heritage Park today has a surprising variety of wildlife in its woodland, parkland and riverside environments. The river is home to moorhens, mallards, little egrets, heron, grey wagtails, kingfishers, dragonflies and damselflies. Muntjac deer, foxes, badgers, hedgehogs and rabbits roam the landscape. In the air are at least three different kinds of bat, swifts, pheasants, buzzards, sparrowhawks, kestrels, pied and grey wagtails, woodpeckers, and many butterfly species.